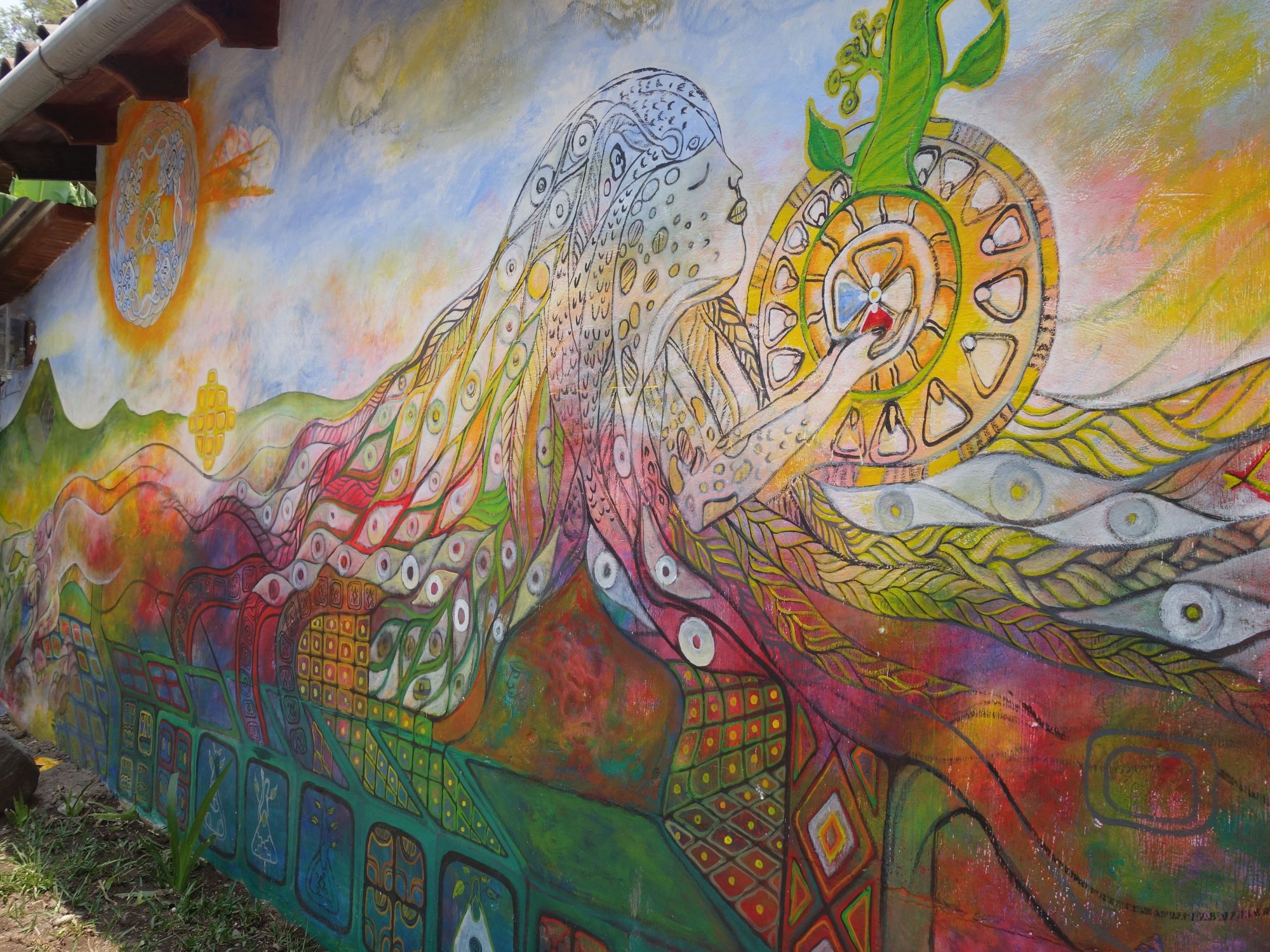 I’m going to throw an unpopular opinion out there – I didn’t like Lake Atitlan. Go ahead, chastise me. Just like my dislike for Dirty Dancing and Pretty Woman, there aren’t many people who agree with me when it comes to this.

Guatemala was probably my favourite Central American country – from the people, to the landscape, to the sheer diversity of culture, Guatemala had me hook, line and sinker.

But for some reason, as we drove down those windy roads, I just knew, like a bad Tinder date, that this epic lake and I wouldn’t click. It pains me, because I see other people’s experiences of the towns filled with pure joy and I’m kinda jealous. But you can’t force these things. You love what you love.

But enough of my hyperbole.

Following a now quite familiar near-death bus ride, my bus mates and I rolled into the town of San Marcos, with the aim of getting a bed at the Hostel de Lago. The lake has 11 towns surrounding it, five of which are most frequently visited by tourists. San Marcos is can definitely be described as a hippy haven, where free love, expression, and an anything goes attitude are the mantra de jour.

This was no sooner witnessed than at the nightly “talent” show, where we were treated to the alternate vocal stylings of a cross-dressing Celine Dion and the show’s out-of-key host who really loved the sound of his own voice.

Mornings were punctuated with organic pancake, yoga over the lake and a rather terrifying canon that rather unceremoniously fired at random as part of some bizarre form of celebration (did I tell you I’m terrified of loud noises?). 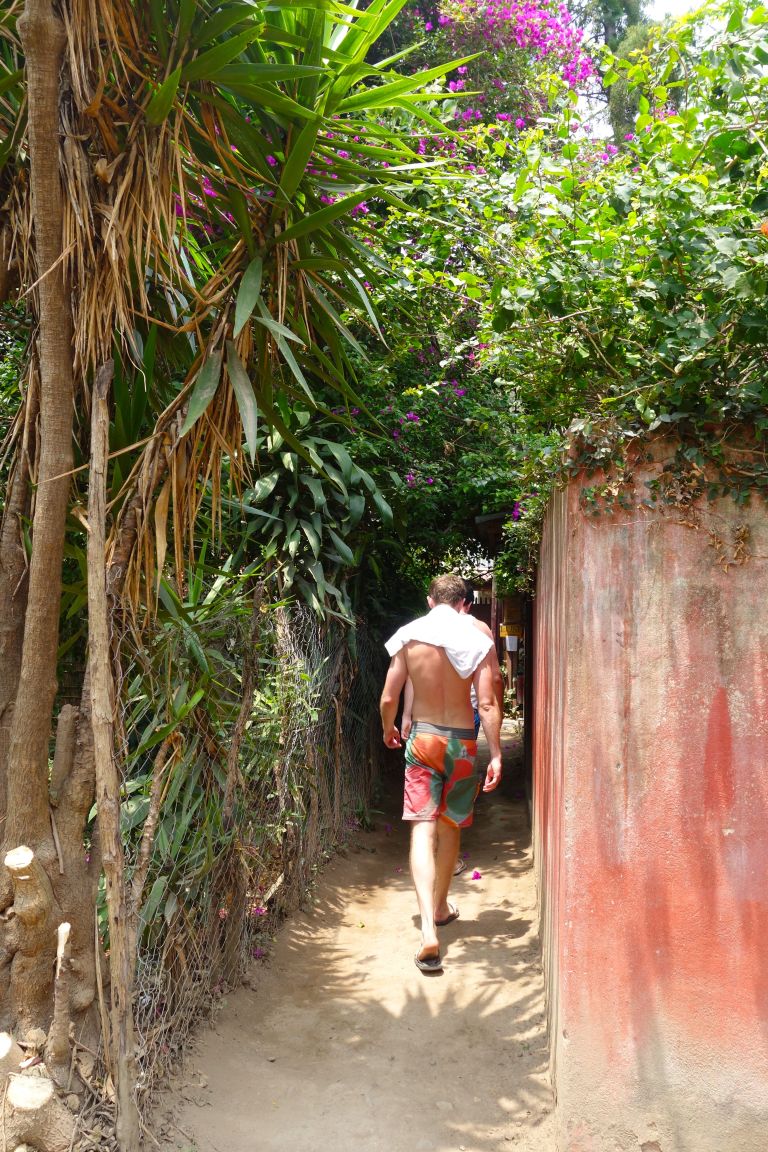 Afternoons were spent wandering the streets, jumping from cliffs (oh and im scared of heights too) and trying to enjoy some form of sun through rollings storms. 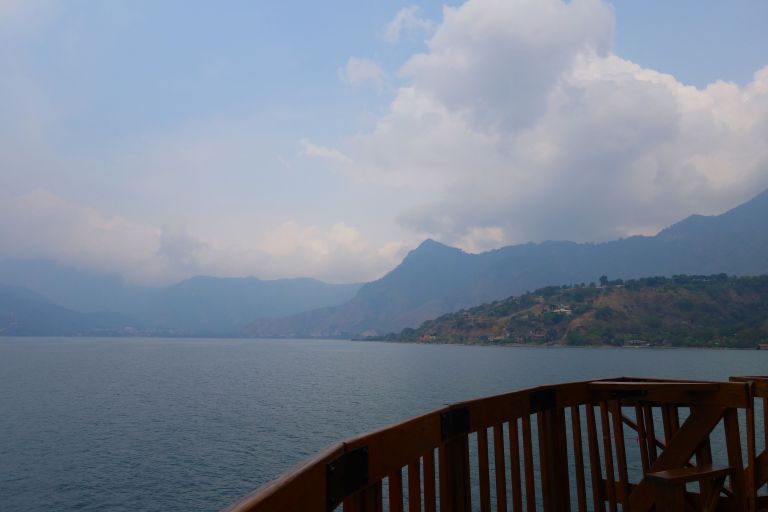 After a night or two we packed up and moved onto the town of San Pedro. Party-ville, population: drunk tourist. This was not the Guatemala I wanted.

No sooner had we got there that Rob, Adam and I decided to head back to San Marcos, as the girls journeyed to Antigua to battle the heights of Acatenango.

The next day or two were spent visiting some of the other towns – like Panajachel, which I found dirty and uninspiring – and planning how to get out of there.

I apologise. This is probably not the post I would have loved it to be, filled with inspiration and awe, for what I know for some people is a magical town. But going by my notes, a meager four lines long, Lake Atitlan and I were not to be a happily ever after.

I had other lovers to meet on my Mayan journey, that would love me the way I deserved.

My girlfriends also did a silent retreat in San Marcos, contact me if you would like more details.